But this is nothing new. The Man from CAMP books back in the 1960s were also "serial numbers filed off" books where UNCLE was an international association of queer people, generally fighting individual evildoers rather than a large syndicate like THRUSH. And it's come to my attention that "Pulp Fiction" may have been partially Tarantino's MFU fanfiction--if you take Jules Winnfield's scary moments as being Illya playing "bad cop" and imagine it's Napoleon when Vincent Vega is on his non-date with Uma Thurman, and image The Wolf as Mr. Waverly, then the whole "two guys in black suits doing their job that involves guns and being friends" thing that both narratives have in common just falls into place.

What's your favorite thing with the serial numbers clearly filed off?

If you had to live with a fictional creature, what would it be?

As much affection as I have for vampires of a sort, I think I'd go for Totoro.

What say you, cousins?

What is your greatest source of stress?  What do you do to relieve it?

Get your Christmas puddings started. 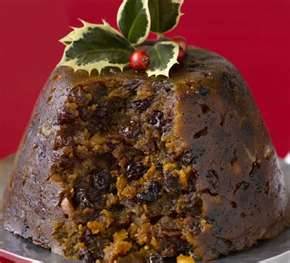 It's that time again when i'm sure many of us have been roped into assisting the School Nativity, so I feel it's only right the Canteen should suffer too. Plus 3 and 4 year olds are as destructive as highly trained operatives. I did try Illya out for Mary but he's too sarcy; 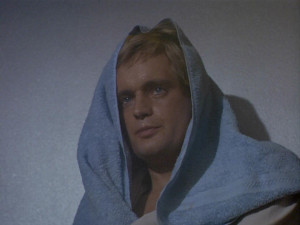 So I think I'm leaning towards him being "The Star" dressed in gold, tinsel and lametta and being the chief narrator, although i'm prepared to accept other casting suggestions.

Part of me is thinking Joseph for Napoleon

As said in another post, it's Stir-up Sunday, the traditional day to make your Christmas puddings. So here's our traditional recipe.

These days I make it up in 4x 500ml basins as we have smaller appetites these days. And we know the recipe has bee in use for 60 years, as we have a photo of a small OH stirring the pudding mix with Nana.
Collapse