But still looking good! Happy birthday to the man who gave us Ducky and Illya! 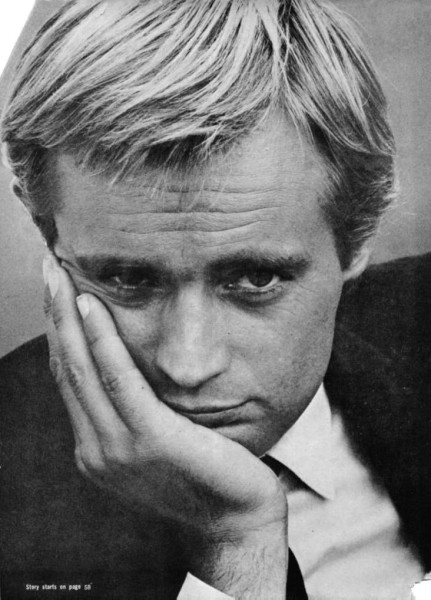 In honor of DMC's birthday AND Talk Like a Pirate Day, here's Pirate Illya... 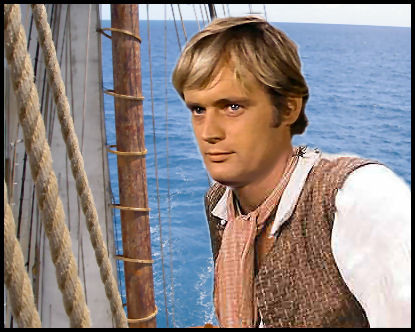 Thank you for playing!

Happy Birthday
to a fine actor,
and an even finer human being!

Illya's head was pounding from the poison he had unwittingly ingested, thanks to Angelique and her gift of spider-venom-laced vodka--a throbbing, mind-numbing pounding of a headache that reminded him of those annoyingly percussive (not to mention arrhythmic) timpani drums he was forced to endure once in the final moments of Tchaikowsky's famous 1812 Overture, a less-than-adequate performance inflicted upon the general public by an amateur orchestra in Peoria, Ohio that Mr. Waverly, curse his cruel heart, had ordered him to play oboe in as part of an assignment to flush out the notorious THRUSH overlord, Gerhard Manheim and his team of woodwind-wielding saboteurs.

As he took the bull by the horns and plunged bravely - though reluctantly - disgusted fingers in the slimy and quavering like jelly mixture which a blushing attendant, whose shifty eyes betrayed a mix of sheer awkwardness and guilty excitement, had handed before running away non without taking another peep at him, Napoleon Solo grimaced at the man with golden bronze cheetah trunks he saw in the mirror -thanks to Mr. Waverly - and started to smear his shoulders and his chest, aware that he'd have soon to join the others cheetah boys who were putting on a show in the lounge, paying marked attentions to their employer's guests, providing sophisticated drinks concocted by skilled bartenders, one of those being a blond Russian who'd enjoy himself watching his partner's misery while dropping methodically miniature bugs in cocktails which said partner would save for carefully chosen targets.

"Is that Godzilla wearing a two piece," asked Illya, momentarily befuddled, "and why is he doing the Mashed Potato?"