Just got back from seeing the movie!  TL;DR reaction:  Not as good as I had hoped, not as bad as I had feared.

Longer reaction behind the cut, because spoilers.

The big day approaches and both Jo and Napoleon has some concerns.

A special thanks to yelizaveta52 who offer her suggestions, time and talent to beta this for me.

April watched Jo move papers from one pile to another, sigh and move them again.

"It's only two more days. Take the time off and enjoy it." She told the Russian.

Have you ever handled a snake?

Have you ever had a disastrous interview?

Are you a valuable asset on a Pub/Bar Quiz team?

On the day I'm going to see the MFU movie. That's... hopeful

Went to MFU movie last night with jkartes. Although it wasn't the guys as I know them it was before they became partners and became friends. I enjoy a good part of it, laughed at some of it, and saw signs of what would become our guys.
Napoleon's background bothered me, and Illya's temper was a little overdone.
On the whole I did enjoy the movie.

Oh yea, the theater, wow. Recliners and tons of room for each person to be comfortable while watching. Not what I remember theaters to be.

Logo for The Man From U.N.C.L.E. movie

The Man From U.N.C.L.E. movie is assured of not being the No. 1 movie this weekend in the U.S. and Canada. The question is how far it will trail Straight Outta Compton.

The Guy Ritchie-directed U.N.C.L.E. film had ticket sales of $900,000 on Thursday, while Straight Outta Compton had $5 million, according to the Los Angeles Times.

The Times is reporting that Straight Outta Compton, about the rap group N.W.A., may exceed $40 million in ticket sales for the weekend, while U.N.C.L.E. may total $16 million. The newspaper cited “analysts who reviewed pre-release audience surveys going into the weekend.”

Straight Outta Compton also has been better reviewed, with an 87 percent “fresh” rating on the ROTTEN TOMATOES website, while U.N.C.L.E.’s “fresh” score is 67 percent as of late Friday morning New York time. 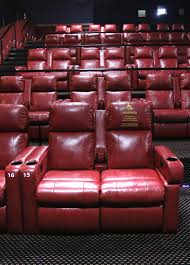 I wrote a little fic about Napoleon and Illya reacting to the new movie.  You can read it here on the AO3.

~ 500 words, Gen, but with one line that suggests IK/NS, contains spoilers for the movie. The premise of the fic is that, within the actual MFU universe, the new movie is a "based on a true story" about our guys...very loosely based.

Also, is anyone interested in taking a look at and providing feedback on a work in progress involving de-aged Illya?  I think I'm about 2/3 done, and this is the point where my enthusiasm usually starts to flag.  Comment or PM with your email address if interested, and I'll send you the file.

Maybe 20 of us in the cinema, but it was an early evening showing on the basis that if it was bad we had not wasted the whole evening.

And it was not Uncle. It was clearly not Uncle. It did not even pretend to be Uncle. Uncle was not mentioned at all until the closing scene, so how can that be the Man from Uncle?

Having said that, it was a good enough action movie, but I had gone to see the Man from Uncle, and that was not it.
( Collapse )
Collapse