Have you ever been in a submarine?

If you had a warning label, what would yours say?

What movie (or TV show) ending really frustrated you? And how would you change it?

Rule #4: The best way to keep a secret? Keep it to yourself.Second best? Tell one other person - if you must.There is no third best. 4x11 'Blowback'

Rule #6: Never apologize — Its a sign of weakness.
A rule used more often than the others, but finally given a number in7x12 'Flesh and Blood' during a great Gibbs/DiNozzo moment. The first person to use that phrase was John Wayne in, "She Wore a Yellow Ribbon." "Never apologize, mister, it. It's a sign of weakness." — In the episode 3x23 'Hiatus Part-1' DiNozzo explains to NCIS Director, Jenny Shepard, that Gibbs took this one from "The Duke himself."

Rule #10: Never get personally involved on a case.(Said by Tony, agreed on by Gibbs) 7x21 'Obsession'

Rule #42: Don't ever accept an apology from someone that just sucker-punched you. 9x16 'Psych Out'

Rule #62: Leave room for someone exiting the elevator. 11x13 'Double Back'

As the sign above the exit of Del Floria’s states, ‘Honesty is the best policy’. Confessing your deepest darkest secrets is apparently good for the soul. I’m not so sure about that, but if anyone wishes to confess anything to the canteen, now is your chance.

Of course, my life is one of chastity, purity, and innocence, so I have nothing to confess 0:-)

Hello, I'm from the Russian community (nik-CatMari). Here are a few personal associations with the series. 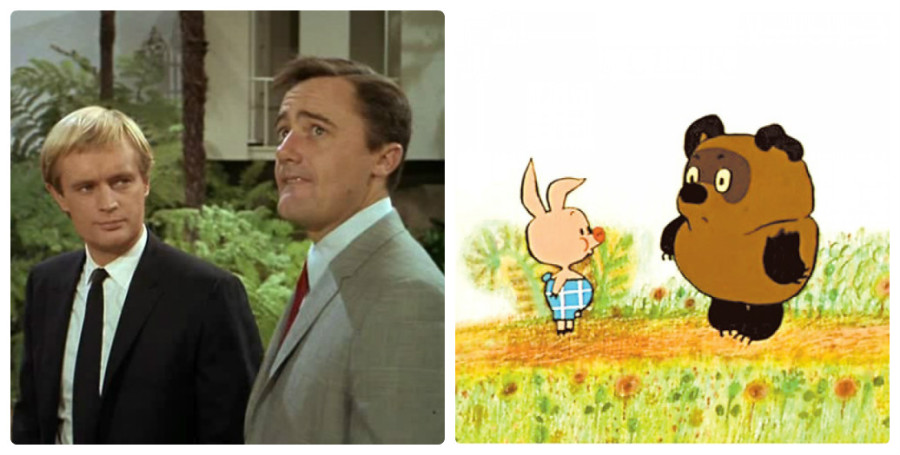