Are you ready for the winter?

I hope that you and the members of your family and friends are okay. That sounds like a helluva quake.

It has taken me this long to write something about the passing of Robert Vaughn. I was/am truly more unsettled or upset than I thought I would be. We put people like Robert and David and others on pedestals and tend to forget that they are mere mortals although they will continue to live on in their characters. For the longest time, I didn't like Robert since I didn't care for Napoleon Solo and in my youth couldn't or wouldn't separate the two. As I matured and saw other roles he played I realized that the two were not one and the same. I began to realize what a good actor he was and enjoyed many of his characters. Mr. Vaughn will be greatly missed.

Several years ago, perhaps around the time my father was close to his death, I wrote a poem. It is not very good, but I thought I would share it as it addresses the passing of those who have gone before us and recognizes that we, too, are taking the same journey.

Generations move on through time, a train of humanity
Dropping off its passengers, picking up new ones
The Old Ones, experienced and wise, leave behind their tales to be absorbed like
Clouds of cosmic dust by those who pass through them with open minds.
We cannot keep the essence of their souls with us as they sift through our fingers,
Instead we hold fast to our memories of them, sharing their tales with others
Until we, too, become the Old Ones as our station draws near
And those left behind watch us leave, grasping at their memories of us
As the journey continues.

The obituary in his hometown newspaper has been updated with the following:

"Memorial contributions may be made to Regional Hospice and Home Care, 30 Milestone Road; Danbury, CT 06810 or the Leukemia and Lymphoma Society at www.lls.org"

Ken Loach's play Cathy Come Home, about a woman and her family sliding into complete poverty and homelessness, was a wake up call for the UK in the 1960s and its echoes remain today.
The BBC showed it again last night. Here is Cathy on her final stop with her remaining two children, in an emergency hostel where women and their kids live in what is essentially a dormitory with beds in cubicles: 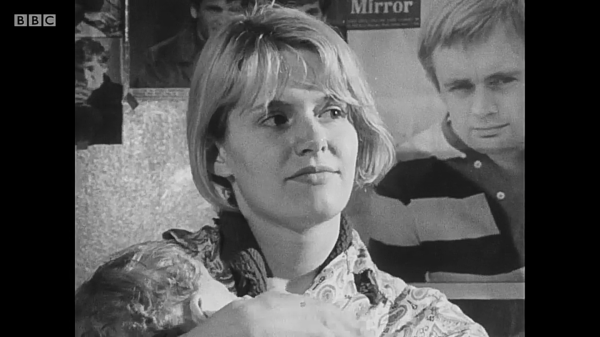 I'm listening to the World Chess Championship Match 2016 in New York right now, where Magnus Carlsen of Norway is combating Sergey Karjakin of Russia. Only, I keep hearing "Kuryakin" and it's really distracting.
Collapse