When I started rewatching MFU last year, I found a wonderful website, preppiesoftheapocalypse, by Morgan Richter, which contains hilarious recaps of most of the episodes. I read these in conjunction with my viewings and they certainly enhanced the experience! I’d recommend reading them if you haven’t already done so.

Here’s a sample of her humour taken from her recap of The THRUSH Roulette Affair, wherein the villain accesses the THRUSH files on our heroes: 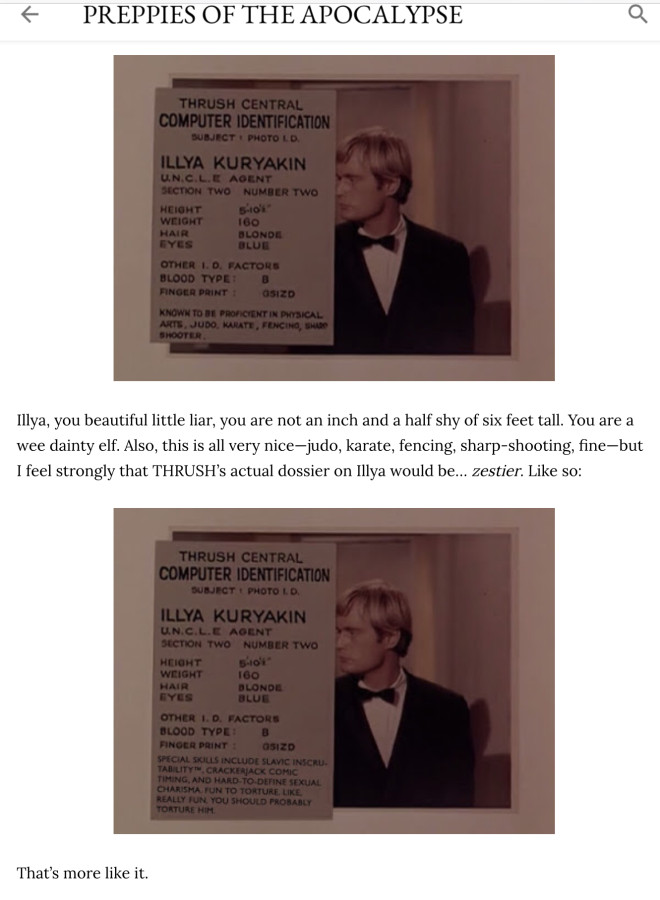 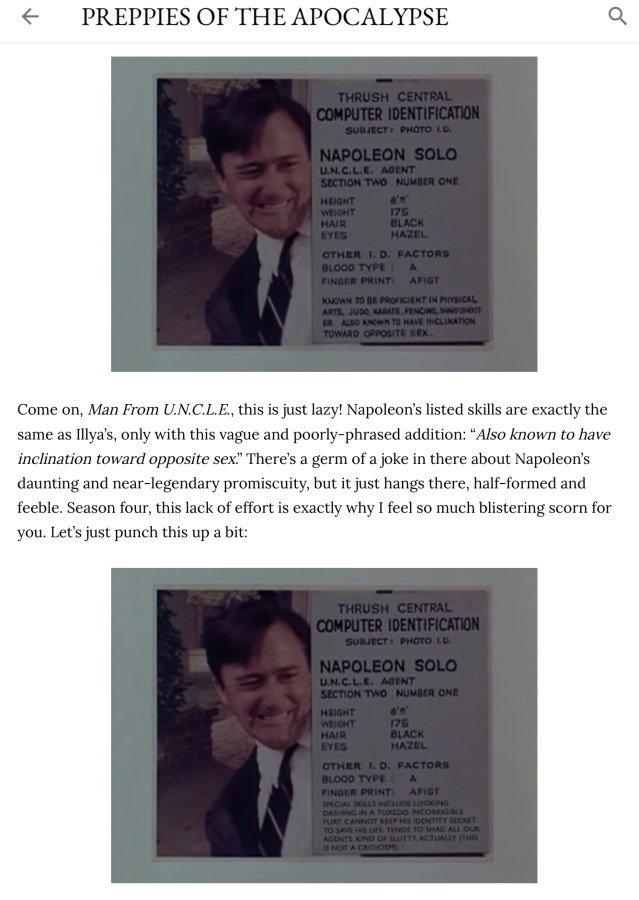 This song was No 1 in the UK in April 1965, just two months before MFU burst onto British TV screens and our lives were changed forever!

“I burst into flames with very little encouragement.”

For all the cat lovers out there:

A bonus quote as I take my leave for a few hours’ sleep.

“Were you truly a gentleman, Mr ****, as I once was, you would realise that no man calls upon his honour so much as he who lacks it.”

“You know your stock of obscure miscellaneous information never ceases to amaze me.”

“Resolution is my favourite virtue.”

That’s how one music journalist described this song. Another called it “possibly the most beautiful song of the rock and roll era”. It reached No 2 in the UK in 1967, but failed to make the charts in the US! What were you doing America? Too busy watching MFU to go out and buy this wonderful record?

Oh, okay...really? I’ll leave you to judge for yourselves, dear cousins, I couldn’t possibly comment.

Shrimp Banhn Mi (with or without hot peppers) 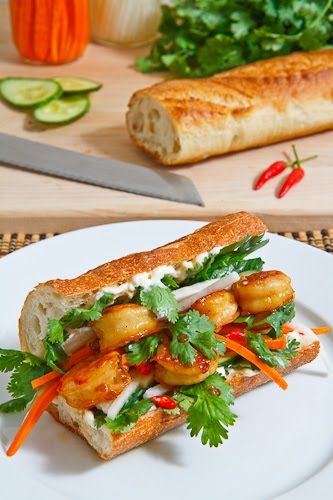 This song topped the UK charts in June 1967 and stayed there for six weeks. It also reached No 5 in the US. It is one of the best-selling singles in history, but what was it about? Lyricist Keith Reid said in 2008:

“I was trying to conjure a mood as much as tell a straightforward, girl-leaves-boy story. With the ceiling flying away and room humming harder, I wanted to paint an image of a scene. I wasn’t trying to be mysterious with those images, I was trying to be evocative. I suppose it seems like a decadent scene I’m describing. But I was too young to have experienced any decadence, then. I might have been smoking when I conceived it, but not when I wrote. It was influenced by books, not drugs.”

Oh, okay...but there was a lot of ‘boy watching boy’ action too, wasn’t there? Or was that just my imagination?

We all know that Ian Fleming came up with the name, Napoleon Solo, and some of us probably know that Sam Rolfe loved the movie Never on Sunday, which starred Melina Mercouri as “a carefree Greek sex worker” called Illya (she even starred in the Broadway musical version of the film, which was called Illya Darling). But what about Kuryakin? Well, the Greek title for the film was Pote tin Kyriaki, Kyriaki meaning Sunday.

So, NS was named by a master of the spy genre, while IK was named after a Greek prostitute and the holy day of the week. Sounds about right, huh?

Which character said it, in which episode?

6. “I hope I’m not interrupting anything.”

9. “As any girl can testify, boys gets everywhere.”

10. “It’s amazing how quickly a girl can take her clothes off. And how long it takes to put them on again.”

This song was No 1 in the US in December 1967, staying at the top of the chart for four weeks. It reached No 5 in the UK. Songwriter John Stewart wrote it as the third in a trilogy of songs about suburban life, recalling, "I remember... thinking, ‘What a wasted day — all I’ve done is daydream’.” Daydreaming turned out to be very profitable for him, though, didn’t it? Not such a waste of time, after all.

Made even more nostalgic because it’s all in black and white. It’s okay to shed a tear - I won’t look.

You decide.  And if my mind went where yours does not, well, what can I say?  I'm me.

This song was No 1 in the UK in January 1968 - I vividly remember dancing to it at the Saturday morning disco in my home town.

Which character said it? In which episode?

11. “My instinctive dislike for that young man is growing into a sincere and honest hatred.”

12. “I hate to trouble you with trivia but I think I’m about to get killed and it struck me that perhaps you might want to say goodbye.”

13. “In the absence of efficiency, we’re compelled to resort to charm.”

This was a 1969 hit for The Zombies, so it’s a little outside the MFU timeline, but I’ve included it because it’s such an evocative video, and it’s the song used in the NCIS flashback episode So It Goes.

Which character said it? In which episode?

18. “Your suffering distresses me, but not very much.”

This sums it all up.

And MFU was no different. When the final episode aired, this song was No 1 in both the US and the UK. We’d all come a long way in three and a half short years, but those years left an indelible mark on our psyches that remains with us today.