On Sunday, I would like to propose reinstating the My Favorite Recipe posts. Come in and share a recipe that you love to make, eat or just read. It doesn't matter if you don't have a photo of it, either.

In honor of Robert Vaughn's passing five years ago,

What is your favorite Napoleon episode?

Mine will always be The Yellow Scarf Affair. I don't know why, but I just love that one. 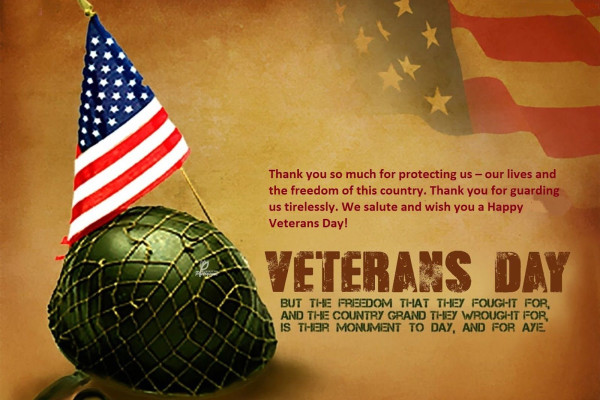 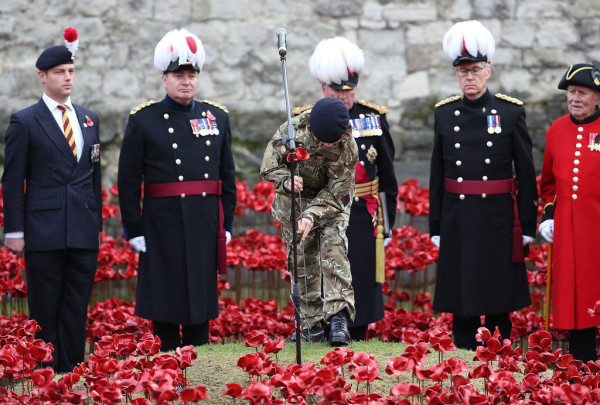 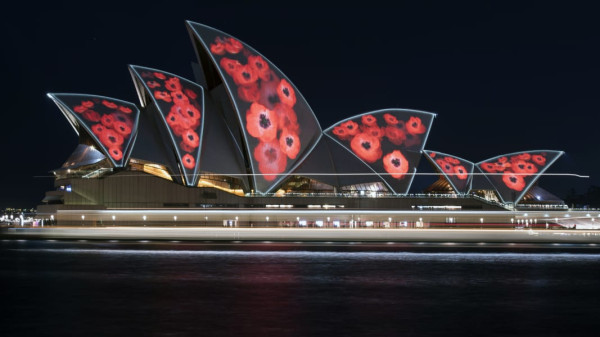 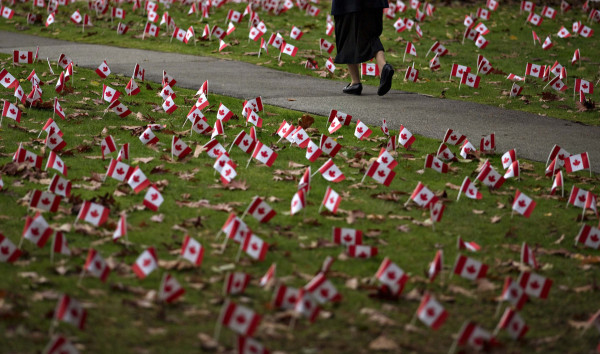 Do you miss commercial jingles? What was your favorite?

What was the last thing you took a photo of (that you can safely share)? 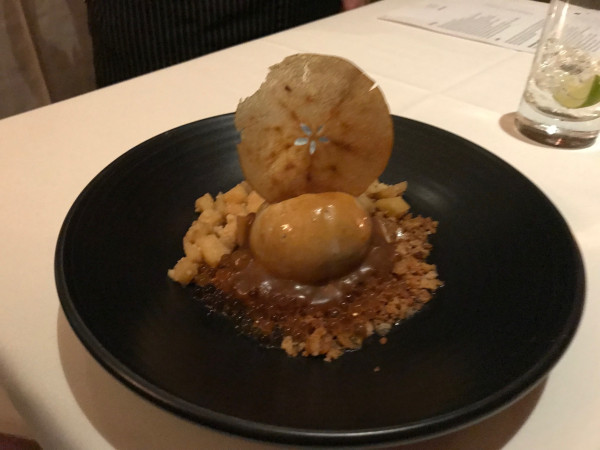 Today, five years ago, Robert Vaughn passed away. A year later, one of my students had started her own media newsletter and asked me to make a contribution. RV was on my mind so here's what I wrote for her.


And Sometimes, They Call

And you followed that actor or actress for years afterward. You always knew what TV series or film or even stage show they were in; you probably saw most or all of the performances.

Now, imagine that actor of actress, the one you’ve only seen on screen or maybe in person from afar… calls up on the phone one day, asking for you by name.

This happened to me.

When I was 12, the hottest show on television was The Man from U.N.C.L.E. [Go ahead: google it. There are clips on YouTube too.]

It's so difficult to recreate what childhood was like some 50 years ago. There was no internet obviously, but also no DVDs no VCRs, no cable (except in rural areas) no cable networks, no IM, no cell phones. The portable radios were tinny transistor types. Music came on records. There were only three networks and in some parts of the US, less than that.  Most houses had one black and white set, usually controlled by the father of the house. If you wanted to watch a program, you had to negotiate with Dad.

One. Television. Set. Our lifeline to the rest of the world.

And then in 1964, The Man from U.N.C.L.E. appeared. It wasn't children's programming ---- these were grown up men --- but young people all over the US and eventually in other countries as well, most notably the UK and Japan, embraced it. It wasn't originally meant for us, but it was *ours* in a way programs had never been previously. TV Guide noted that there had been "nothing" like MFU before: the magazine called it "the mystic cult of millions."

The stars, Robert Vaughn and David McCallum were mobbed everywhere they went. Even the Beatles fan-boyed them and in 1965, it didn't get much bigger than the Beatles. They epitomized Cool: handsome, charismatic ---*sexy* ---at a time when no one even talked about sex.

The premise of the series was that these two international secret agents , Napoleon Solo and Illya Kuryakin (picture James Bond if his partner and best friend was Russian) would recruit average, everyday type folks --- housewives,, teachers, college students, even children --- to help them save the world.

Man, we all hoped one day, they’d come knocking on our doors.

My favorite was Robert Vaughn who played the lead agent, Solo. Outside of the series, Mr. Vaughn was a prominent Democrat, an outspoken critic of the Vietnam War. It was rumored that he might go into politics after the series ended, but for various reasons, he never did. Still, even after The Man from U.N.C.L.E. was canceled in 1968, I followed his career. I watched him bravely debate William F. Buckley, a prominent conservative at the time --- sort of a much smarter and classier Bill O’Reilly --- on Buckley’s program, Firing Line. A lot of folks thought Vaughn won the debate or, at least, got it to a draw. I watched him in films like Bullitt, Towering Inferno, and “Superman III. Then I went back, to find his older films like The Magnificent 7 and The Young Philadelphians, for which he was nominated for an Oscar.  He also was nominated for an Emmy for the miniseries, Washington: Behind Closed Doors. I noted when he got married the same year I did. A decade or so later, I saw him on stage (in person, finally!) in Inherit the Wind at Papermill Playhouse and in Love Letters on Broadway.

In the 1990s, I returned to Rutgers University to earn a Ph.D. in Communication. For my doctoral dissertation, I created a new dialogic model of mass communication and needed to apply it to a case study. My advisor suggested I choose The Man from U.N.C.L.E. as my subject because, by then, I’d connected with the original producer of the series through my advocacy work in media literacy. That producer, Norman Felton, sent letters to various folks connected with the series, introducing me to them in order to land interviews.

And that’s how, on one day in the summer of 1996, I picked up the phone and heard a voice in a deep, distinctive tone say, “This is Robert Vaughn,” and ask for me by name.

Now, I’ve been a freelance professional entertainment journalist since I was 17. Still, I nearly dropped the phone  [landline, mind you; this is before cells].

Over the next five years or so, I interviewed him several times, both over the phone and in person. Sometimes, I’d call him. A couple of times, he’d call me when something occurred to him like an important date or detail. Mr. Vaughn had earned a Ph.D. himself, also in Communication, so he was sympathetic to my position and very willing to cooperate. His own dissertation became a book, Only Victims, which you can still purchase online and in used bookstores. My own copy is signed with a personal note from the author.

Occasionally, when Mr. Vaughn would appear at a memorabilia convention to sign autographs, I would drop by and apprise him of my progress. Once, when my son was seven or so, I took him with me, telling my son that we would meet the man in the poster that was hanging in my office. Mr. Vaughn shook my son’s hand and observed wryly, “I’ll bet you’re sick of seeing my face.”

When Mr. Vaughn appeared Off-Broadway in Exonerated, I took my friend, Nicky, who was also a fan. After the show, I introduced her to him and we three talked for at least an hour. Mr. Vaughn even insisted on posing for photos. My friend was so thrilled, she nearly walked into traffic afterward. “Well, at least I would have died happy,” she sighed.

And here’s the really curious part: in between, as we arranged times for interviews and such, we commiserated about the difficulty of writing a dissertation, and maneuvered around our family obligations. Although he remained a hard working actor into his 80s, Mr. Vaughn lived in Connecticut with his wife and two children. I remember comparing schedules once: I needed to pick up my son at afterschool care and he needed to drive his daughter to softball practice. Another time, his wife told me on the phone he’d call back because at that moment, he was mowing the lawn.

Napoleon Solo riding a lawn mower: what an image.

I attended Mr. Vaughn’s birthday party at the Players’ Club in Manhattan in 2010, finally meeting his wife , his son and his son’s fiancée in person. He signed a second book for me then, his autobiography that had just been published. This time, he addressed it to Dr. Walker.

The last time I saw him was at a fan gathering in New York City, the summer of 2014. This time, it was my dissertation, now published as a book, that I signed for him.

Robert Vaughn died of acute leukemia this past November, 2016, just two days before my birthday and 12 days before his own. We were both Scorpios.

I miss him of course, but I still have his movies, his TV series, the photos, the signed books, and other memorabilia. I think of him whenever I see David McCallum, who played his U.N.C.L.E. agent partner, now portraying Dr. Donald Mallard on the very popular NCIS.

And I still have the audio tapes from our interviews, in which you can hear our voices together, discussing U.N.C.L.E. and politics and movie and families and the effort  involved in post-graduate work.

Listening to them always made me smile. It still does.

…since we said goodbye to Robert Vaughn. Sweet dreams, RV.

What good thing happened for you today?
Collapse